We open in , with a transcript of an American teenager's "daylog": Me5elle is recounting a trip taken with her nostalgic father to drowned Miami.

Gregory Norminton talks about 'Beacons: Stories from a Not So Distant Future'.

The family is from Idaho, and religious, and wealthy enough to afford such indulgence. The social media slanguage is, inevitably, as much about the present as the future, and some of it is literary mugging " waxpoetical" , but there are no clumsy breaks for explanation, and Me5elle's voice starts to feel convincing. Then, abruptly, the stream cuts off. Me5elle's lifelog turns out to be an extract from the work of a young wealthy traveling aspiring American writer, Jennifer.

This is a brilliant move: The rest of the narrative is about Abu-Bakr and Jennifer failing to connect. The last few pages are a misstep—a further extract from Me5elle's lifelog makes explicit what was more effective when implicit—but we are nonetheless forced to ask how art, and speculative art in particular, can or should proceed with this material. Like Harris, Miller is writing a polemic, but his target is a real aspect of our current response, and he strikes it full-on. On the other hand, some of the contributors to Beacons seem terribly afraid of expressing any sort of opinion.

David Constantine's "Leaving Frideswide," for instance, is written in strokes so fine and mannered that were it not in this anthology it might be hard to spot it as a climate change tale—as though it is somehow vulgar to state the facts of the world plainly. As it is we get the gist from a few passing references to extreme weather and abandoned suburbs.

The narrative itself is indeed about a leaving. Frideswide is a community, on an ex-farm or manor of some kind—a place that survives—and we open with Beth receiving a letter from the government, as represented by Tom, a man she loves, informing them that their applied-for removal is imminent. In fact—implausibly—they need to be ready tomorrow. So Beth wanders through Frideswide; nobody quite seems to be able to decide whether this news is good or bad; there are some long, elegant, precise sentences; and there is a crippling disingenuousness that means Beth somehow avoids specifying the nature of the catastrophe.

If it is, it's a kind that doesn't help us very much. Most of the other tales in Beacons exist between the extremes of self-conscious Miller and self-effacing Constantine. A good number are conventional SF-by-mimesis, sincere if mostly ineffective attempts to imagine Me5elle or her contemporaries. There are, tellingly, few attempts to imagine Abu-Bakr. At the jargon-heavy end of this pack we find A.

Kennedy's "Meat," which has an interesting kernel at its core about food and consumption, but is also a badly judged mass of Capitalised Nouns and schematic history, and not quite narrow enough in focus for that to not matter. We also find Liz Jensen's "Mother Moon's Job," which also probably over-jargonises "units" instead of "families," etc.

If anything it's overstuffed at this length, and could stand to be expanded.


Tom Bullough's "The Red Waste" is the obligatory post-catastrophe-life-will-be-medieval riff, with only a token nod to the context shaping this regression, in the form of a sacrifice to the weather gods. I doubt the future will recapitulate the past so neatly. Holly Howitt's "The Weatherman" starts promisingly—the narrator gets a job at a weather station; his wife is pregnant; they could be a normal couple in the future—but has to escalate its stakes with unconvincing conspiracy, and ends with a grand old narrative cheat.

Lawrence Norfolk's "Earthship" adds just a few theory touches to its tale of hippies destined to be leaders after the catastrophe "as though characters were real people and not rhetorical positions". But the story's trump card is its sense of the tragic day-to-day-ness of politics, its bitter recognition of the twinned impossibility and necessity of grappling with a crisis that has no clearly defined edges, that inspires apocalyptic imagination but seems to be always dragged down by a merely dreary reality: Then there are the normal lives, disrupted by climate events or ideas.

Maria McCann's "Holiday to Iceland" is a contemporary piece investigating the psychology of a sustainable lifestyle.

Beacons: Stories for Our Not So Distant Future by Gregory Norminton

Lisa, raised in postwar privation, wants her daughter Clementine to have it all; Gareth, after "training at work," suddenly takes climate change to heart. Holiday visits to sister Karen in Rome are out; house swaps are in. Lisa seeks a way to negotiate, to ameliorate the impact on their lifestyle, not quite sure whether she believes herself, not sure whether Gareth understands, emotionally, what he's asking. It can't help feeling earnest, but McCann manages to find a tentative and well-judged sense of acceptance in her conclusion.

In Clare Dudman's "Like Canute" the carefully understated climate epiphany comes to Sophie, an editor, when she reads a submitted manuscript. When she is fired, she heads for a commune in the North; she finds a life, and learns other work, and demonstrates that her old skills can be adapted she writes a manual. So Dudman writes to affirm human agency, and resourcefulness, and plain usefulness, in the face of crisis, and does so in a way that is clever, ambitious, and often vividly connected to the environment—but her title indicates that Sophie is an outlier, that this is in fact a limited and personal response at best.

It's the extreme fictive version of the first statement of Norminton's I took exception to in my introduction: At its emotional core this forms a study of one personal journey of the psyche from youthful ambition, through initial but illusory job-satisfaction, to gradual enlightenment, a growing crisis of conscience, and finally redemption through self-sacrifice. This well-crafted piece may also be read as a parable of the dangers to humanity from technological omnipotence juxtaposed with a society devoid of moral compass.

Besides working at a cerebral level, this simple account also engages us viscerally, eg " So, not a pleasant little culinary diversion there. 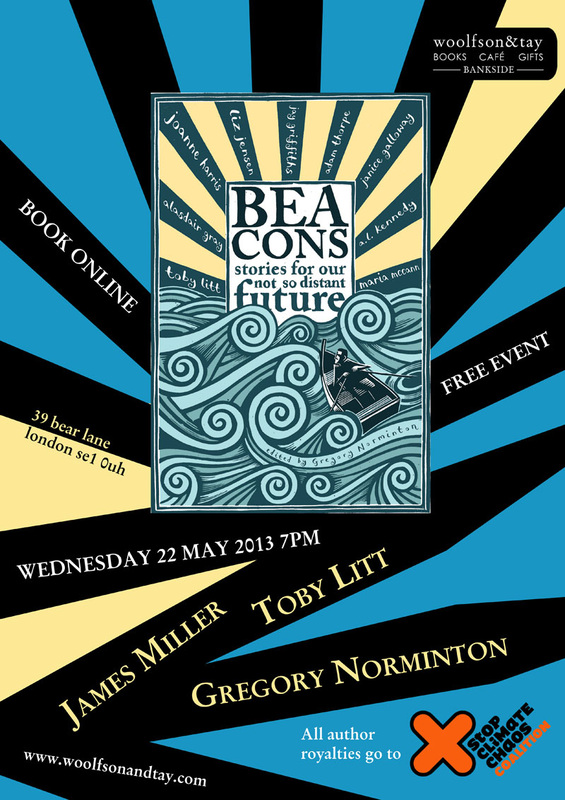 In a parody of crypto-Celtic mythology, the life of an innocent maiden is ended with a ceremonial knife - her red blood wasted as it flows into a flower-fringed pool. Less resolutely grim is Almost Visible Cities , for amongst philosophical musings on the impermanence of large urban settlements, three of its thumb-nail sketches envisage people-friendly environments.

So although 'Cities and the Desert 2' brings us a dystopian nightmare echoing the imagery of Fritz Lang's Metropolis , by contrast 'Ingenious Cities' presents an ecologically amenable Shangri-la, where nature deficit disorder is unknown. Some readers won't feel drawn in by certain stories. This isn't because of the subject matter, but owing to their style straying perilously close to the porous border between the interestingly experimental and the perversely quasi-intelligible.

Thus We're All Gonna Have the Blues requires tuning into the writer's fairly arcane wavelength, and The Gloop may contain some intriguing ideas struggling, but failing, to escape the clutches of its moderately opaque prose, whilst Leaving Frideswide hampers itself quite effortlessly by the simple expedient of adopting that fashionable literary affectation - omitting all speech-marks. Perhaps significantly, one of the most arresting tales The Possession of Lachlan Lubanach achieves much of its poignancy not through words, but via graphic illustrations in a style reminiscent of Rockwell Kent.

Does that sound a little cryptic?

Beacons: Stories for Our Not So Distant Future – review

If so, then accept it as an invitation to investigate the book, as despite some minor grumbles, this collection of 21 stories is worth acquiring for its sheer variety and quirkiness. All proceeds from the sale of this book are going to the stop climate chaos coalition. Edgar Vaid is a freelance book and film reviewer.